Due to overwhelming popularity at Stratford-upon-Avon, Wolf Hall and Bring Up the Bodies are transferring to the West End’s Aldwych Theatre 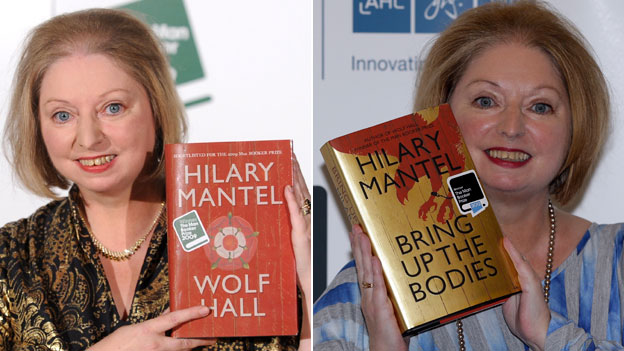 The Royal Shakespeare Company’s adaptations of Hilary Mantel’s historical novels will play in two parts. The shows will run at the Aldwych Theatre from Thursday 1 May until 6 September, 2014. The stage versions of Mantel’s Booker-winning novels will replace Andrew Lloyd Webber’s musical, Stephen Ward.

On hearing the news about the transfer, Hilary Mantel had told the BBC she had been left “buzzing.”

Set in Tudor England, Wolf Hall and Bring Up the Bodies focus on the life of Thomas Cromwell, the English military and political leader who later became King Henry VIII’s right-hand man. The novel was published in 2009. The title of the book derives from the Seymour family seat of Wolfhall in Wiltshire. Set in the early 16th century, this fictional story documents the sharp rise of Cromwell’s power. The story maps the remarkable journey Cromwell made from being born to a working-class family of no name to becoming one of the most powerful ministers in Henry VIII’s court.

Bring Up the Bodies

Bring Up the Bodies begins where Wolf Hall finishes. Published in 2012, this historical novel won the Man Booker Prize and the Costa Book of the Year in 2012. The plot focuses on the relationship between Anne Boleyn and Thomas Cromwell, both of whom owe their high status to one another. As a consequence, Boleyn and Cromwell become pitted against each other and Cromwell seeks to find a legitimate reason to expel Anne Boleyn from the King’s court.

English actor Ben Miles plays Cromwell in both plays. Nathaniel Parker takes on the role of King Henry VIII. Both shows have enjoyed sell-out success since they opened in Stratford in December.

“We’re delighted to give more people the chance to see the production,” Hilary Mantel told the BBC.

The Alwych Theatre showings of Wolf Hall and Bring Up the Bodies will coincide with the filming of the Wolf Hall television series. In the TV production of Mantel’s novel, Mark Rylance will play Thomas Cromwell.

The author does however insist there will be no crossover between the two adaptations, stating:

Booking for the West End incarnation of these highly successful shows will commence shortly.

Book tickets to Wolf Hall by clicking here and for Bring Up the Bodies click here.