Fasten your seatbelts and enjoy the ride: Mind-blowing ‘The Illusionists’ comes to the West End

Fasten your seatbelts and enjoy the ride: Mind-blowing ‘The Illusionists’ comes to the West End

What is Broadway’s most successful magic show in its history, the fast-paced and hilarious magic show The Illusionists is showing at The Shaftesbury Theatre this winter 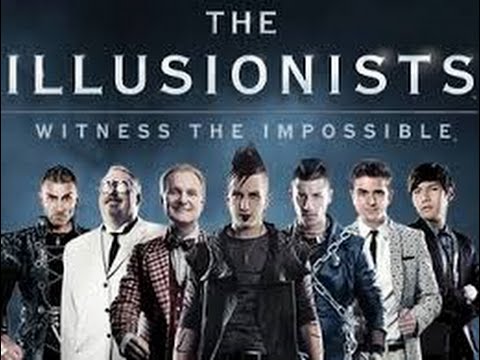 Featuring seven of the world’s best magicians, The Illusionists’ takes audiences on a rollercoaster ride, as families flock to witness what has been described as ‘the impossible.’

Selling-out in 71 one different cities in 17 countries around the world, The Illusionists is the world’s best-selling touring magic show.

This wildly entertaining show features Britain’s hottest magician, Jamie Raven. Raven captivated the public on this year’s Britain’s Got Talent, with his never-seen-before magic tricks, which earned him the runners-up position on the talent show.

Seven of the world’s best magicians

Jamie Raven is joined by some of the biggest names in magic and illusion, including the Italian escapologist super star, Andrew Basso, the inventor, comedian and ‘collector of the unusual’, Kevin James, aka ‘The Inventor’, ‘The Deductionist’, Kevin Cloud, who with his incredible mind-reading talent has been dubbed as the ‘real life Sherlock Holmes’, and ‘The Warrior’, Ben Blaque, who never fails to captivate the crowd with his unique display of showmanship.

The Illusionists became the most successful magic show in Broadway’s history, thrilling families who flocked to witness ‘the impossible’.

The hilarious and jaw-dropping show that appeals to the whole family is coming to the West End for the first time this Christmas.