Sensational, staggering and sublime – West End news round up

Sensational, staggering and sublime – West End news round up

The new month has arrived and alongside the sunshine and early spring blossom, there’s plenty of news surfacing in the West End… 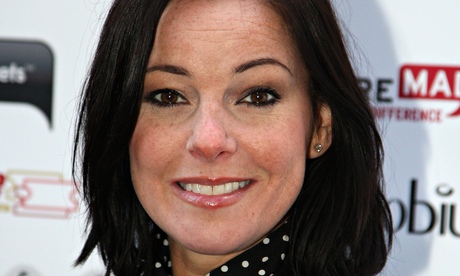 Ruthie Henshall to join Billy Elliot this May

From productions finishing early to musical-theatre stars joining the biggest shows , take a look at some of the hottest news emerging from London’s theatre scene this week.

Ticket sales are now on for Made in Dagenham the musical

Perhaps the hottest news of the week is that tickets have gone on sale for the eagerly-anticipated Made in Dagenham the musical. The musical comedy will be star Gemma Arteton, who will play the lead role of Rita O’Grady, an unlikely working class heroine who led her co-workers into the real-life sewing machinists strike of 1968.

It has been confirmed Made in Dagenham will open at the Adelphi Theatre on Wednesday 5 November, 2014. Previews for the anticipated show will take place between Thursday 9 October and Tuesday 4 November.

Ensure you’re part of the Made in Dagenham West End action by getting a ticket for the autumn production.

Hot on Made in Dagenham’s heels in the West End ‘newsworthiness’ stakes is the annoucnement Ruthie Henshall is to join the cast of Billy Elliot the Musical in May. The Olivier award-winner, musical-theatre star will take over from Anna-Jane Casey and play the role of Mrs Wilkinson, Billy’s ballet teacher.

Billy Elliot the Musical marks the show’s ninth anniversary in the West End. Since it opened in 2005, more than 9.5 million people have seen the show, which has won four Olivier awards, including best new musical.

Buy a ticket for Billy Elliot the Musical at the Victoria Palace Theatre and see Ruthie Henshall and the rest of the cast in action this May.

If you’ve not yet had the chance to catch Andrew Lloyd Webber’s new musical ‘Stephen Ward’ then you’ll have to hurry, as the Aldwych Theatre production ends on Saturday 29 March. Being based around a sex and spies, the Profumo scandal-based show had all the hallmarks for an astounding success. However, due to sluggish ticket sales, the show is set to close early.

Despite early closure, the production has generated praise with The Telegraph noting the production’s “winning performances” and “delightful tunes”.

If you want to make your own mind up about the proficiencies of this critically-divided production then buy a ticket for Stephen Ward and make your way to the Aldwych Theatre before March 29, 2014.

As one show winds up early another is extended. Twelve Angry Men is to be shown at the West End for an additional week.

Since the intense drama of a jury room play arrived at the Garrick Theatre late last year, Twleve Angry Men has enjoyed praise of “vivid impressions” and being an “efficient piece of entertainment”. Robert Vaughn, Jeff Fahey, Nick Moran and Martin Shaw play a group of jurors whose conflicting personalities augment the intensity and conflict of the plot.

If you’ve yet to catch this compelling adaptation based on the classic 1957 Oscar nominated film, you now have an extra week to do so as the Garrick Theatre have extended the show for a week until March 22, 2014.  To book your tickets click here.