Exciting news is bubbling in the London’s theatre scene, Alexandra Burke is joining the cast of the hit West End musical The Bodyguard 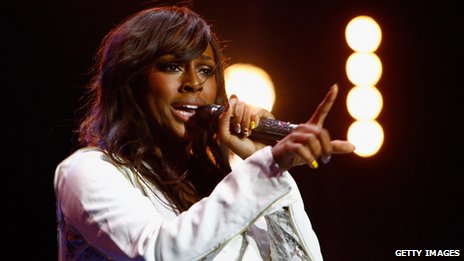 Alexandra Burke to play the leading female role in The Bodyguard

Yes you did read correctly, from 2 June 2014 the sensational Alexandra Burke will join The Bodyguard cast to play the leading role of Rachel Marron. The X Factor winner and three-time Brit nominee will take over the role from Beverley Knight in the Olivier nominated musical. The superstar singer will play alongside Tristan Gemmill, who is continuing the role of Rachel’s bodyguard, Frank Farmer. The hit West End musical and its star-studded cast will play at the Adelphi Theatre until 30 August, 2014.

Alexandra Burke needs little introduction. After winning the fifth series of The X Factor, Miss Burke’s career has gone from strength to strength. The London-born singer broke records when her début number one single, Hallelujah, sold over one million copies in the UK, a first for a British female solo artist. Being predominantly a contemporary R&B singer’, Alexandra’s unique songs also infuse soul and pop, which augments her distinct appeal.

The singer shared her excitement about becoming part of The Bodyguard at the West End, stating:

“I couldn’t be more excited about joining the cast of The Bodyguard and to play the iconic role of Rachel Marron will be a dream come true. I am a massive Whitney Houston fan so to be given the opportunity to play a role made famous by her every night will be a real privilege. I start rehearsals very soon with my fellow cast mates and the brilliant creative team and, with a little trepidation, I am looking forward to our first performance in June.”

Similar to Miss Burke herself, The Bodyguard’s credentials also need little introduction. The Bodyguard the Musical is a musical adaptation of the hugely successful 1992 film. The original soundtrack to the romantic thriller, which starred Whitney Houston and Kevin Costner, won the 1994 Grammy Award for Album of the Year.

Having been dubbed as being “London’s best musical”, The Bodyguard – West End has been met with an incredible reception. Asides winning Best Theatre Production at the Group Leisure Awards and the Best New Musical at the Whatsonstage Awards, the mesmerising show was hailed as “Brilliant!” by The Times.

Now you’ll have the opportunity to see the show’s brilliance reach even greater heights as the remarkable Alexandra Burke takes centre stage at the Alelphi Theatre. You can buy tickets for The Bodyguard here.

Next Wicked is Milton Keynes’ biggest musical ever!
Previous Simon Cowell wears a high waistband because of…. The suspense is over with I Can’t Sing!