Sensational sell out play, The Weir announces limited run at the Wyndhams theatre in London

Conor McPherson’s critically acclaimed play The Weir opens at the Wyndhams theatre in London on 16th January and plays for a strictly limited season until the 19th April 2014.

The Weir was first produced in 1997 at The Royal Court and earlier this year enjoyed a sell out season at the Donmar Warehouse with an impressive cast list including Risteárd Cooper, • Brian Cox, Dervla Kirwan, Peter McDonald and Ardal O’Hanlon

The Weir stars Dervla Kirwan as Valerie. Dervla is probably best known for her roles in Ballykissangel and Goodnight Sweetheart among many others T.V. appearances and stage performances.

The play also stars accomplished Scottish actor Brian Cox renown for his work with the Royal Shakespeare Company, where he gained recognition for his portrayal of King Lear. He has also appeared in many Hollywood productions playing parts such as Dr. Guggenheim in Rushmore, William Stryker in X2: X-Men United and Agamemnon in Troy. He starred as Hannibal Lecter in the 1986 film Manhunter.

Stand-up Irish comedian Ardal O’Hanlon also stars. The comedian and actor is best known for his T.V. roles in Father Ted as Father Dougal McGuire and George Sunday in My Hero. 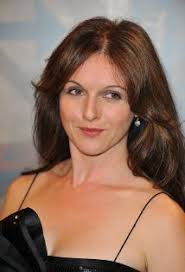 Dervla Kirwin, Ardal O’Hanlon and Brian Cox all star in The Weir at the Wyndhams theatre in London

The cast also includes two other well-known Irish actors, Peter McDonald  and Risteárd Cooper who is one third of comedy trio Après Match.

Tickets for The Weir are now on sale.

The play opens in Brendan’s bar, an isolated rural Irish pub, where the men gather for their daily pint. Brendan along with Jack and Jim discuss Valerie, a pretty young woman who has arrived in their midst from Dublin.

Valerie arrives at the bar with Finbar, a local businessman. The men reminisce and  regal her with stories, trying to impress her with supernatural tales of souls past and of spirits very much present. But Valerie’s story is more chilling and more real than any of the men could have foreseen.

The play is typically bitter-sweet, and on its première in 1997, The Weir won the Evening Standard, Critics’ Circle and Olivier Awards for Best New Play, and established McPherson’s place as one of our greatest living playwrights.

The Weir has become an undoubted modern classic and with this fantastic cast it is a must-see play.