Tori Amos the celebrated American pianist, singer-songwriter and composer has written a new musical called The Light Princess which will premiere at the National Theatre in London on the 9th October 2014, following previews from 25th September.

Tori Amos had sold 12 million albums worldwide. She has been nominated for several awards, including 8 Grammy Award nominations. Tori is a classically trained musician and was originally lead singer of 1980s synth-pop roup before embarking on a hugely successful solo career. Her hits include: “Cornflake Girl”, “Pretty Good Year”, “Professional Widow”, “1000 Oceans”, and “A Sorta Fairytale”.

Tori Amos’ new musical The Light Princess features music and lyrics by Amos and book and lyrics by Samuel Adamson. The show is directed by Marianne Elliott, whose previous National Theatre credits include War Horse and The Curious Incident of the Dog in the Night-time. 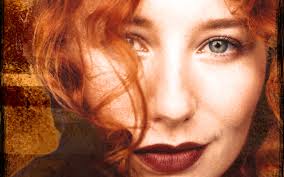 The Light Princess is a dark fairytale about grief, rebellion and the power of love, it is designed by Rae Smith, with lighting by Paule Constable and choreography by Steven Hoggett (Black Watch, Once).

In opposing kingdoms lives a princess and a prince who have lost their mothers. Althea, the princess, unable to cry, became light with grief and floated, and so was locked away. Digby, the prince, became so heavy-hearted that he could never smile, and so was trained as a warrior.

One day, Digby declares war. Althea is forced out of hiding but, in defiance of her father, she escapes, only to encounter the solemn prince on the contested land. Beside a lake the warring heirs begin a passionate and illicit affair. For Althea to find real love, she must first confront the world’s darkness and face her own deepest fears.

Tickets are on general sale from 1 July. To see what’s on in London theatre.