International music singing sensation Willemijn Verkaik, who has been starring as Elphaba in both the Dutch and German versions of the musical Wicked, as well as starring on Broadway is now going to take the lead role as Elphaba in the West End show Wicked at the Apollo Victoria theatre from the 18th November 2103.

Wicked the musical continues to break box office records at the Apollo Victoria theatre in London. Wicked tells the incredible untold story of the Witches of Oz, pre The Wizard of Oz based on the acclaimed novel by Gregory Maguire that ingeniously re-imagines the stories and characters created by L. Frank Baum in ‘The Wonderful Wizard of Oz’. 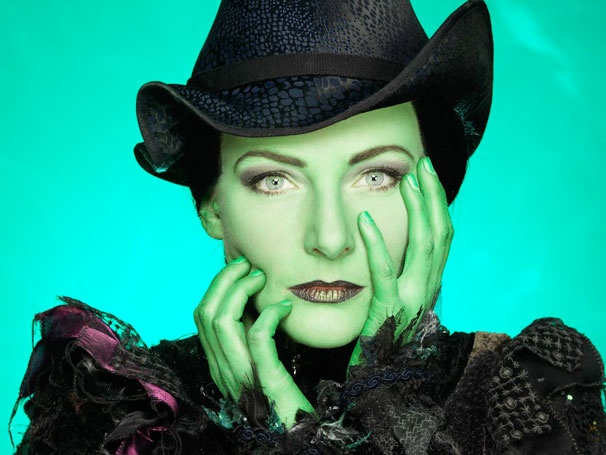 Willemijn Verkaik, the award-winning Dutch star, is the only actress to perform the role in more than one language. Willemijn Verkaik said: “It has been my great honour to have played ‘Elphaba’ in Wicked in Germany, Holland and on Broadway, and to have been part of this musical’s incredible international success. I am overjoyed, and sincerely grateful, that the producers have now invited me to make my West End debut playing this extraordinary role in the musical that has literally changed my life.”

Michael McCabe, the dashing UK Executive Producer and general nice guy said: “Since its Broadway debut 10 years ago, Wicked has become a truly global phenomenon and nobody personifies the show’s international appeal more than Willemijn, who has performed the role of Elphaba in three languages in three different countries. We are thrilled that London audiences will now get the opportunity to experience Willemijn’s incredible performance, for which she has been so justly acclaimed.”

Willemijn Verkaik made her debut as ‘Elphaba’ in the German production of Wicked in 2007 and subsequently appeared at the Metronom Theater in Oberhausen. She reprised the role in the Dutch production in 2011 and made her Broadway debut in Wicked in February 2013.

Willemijn has won multiple awards in Europe and the U.S. for her performance as Elphaba. She has also played ‘Scaramouche’ and ‘Killer Queen’ in the hit Queen musical We Will Rock You.

Louise Dearman, the current star of the show Wicked will play her final performance as ‘Elphaba’ on Saturday 16 November 2013.

Wicked was recently acclaimed as “one of the most popular West End musicals ever” (London Evening Standard), the Olivier Award-winning London show of the global musical phenomenon is already the 16th longest-running West End musical of all time and has now been seen by over 5 million people since its London premiere in 2006. Wicked tells unlikely but profound story of the friendship between two sorcery students and their extraordinary adventures in Oz which ultimately sees them fulfill their destinies as Glinda The Good and the Wicked Witch of the West.