Controversy surrounding the Book of Mormon

Controversy surrounding the Book of Mormon

Tim Rice and Andrew Lloyd Webber’s 1971 rock opera Jesus Christ Superstar is a four-decade old show, that has sparked vehement protests. Protesters claimed it was “a witches’ brew of anti-black and anti-Semitic venom”. It was “evil… rotten to the core”. It was “demeaning” and “nothing less than a catastrophe”

When the BBC broadcast Jerry Springer: The Opera in 2005, it provoked 55,000 complaints. One Christian group even took out a private blasphemy action. The show featured Jesus in a nappy saying he is gay and Mary proclaiming she had been raped by the Arch-Angel Gabriel. Christian Voice labelled the show ‘full of filth and blasphemy. 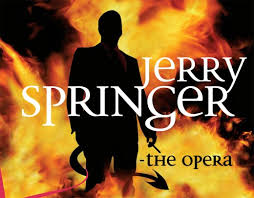 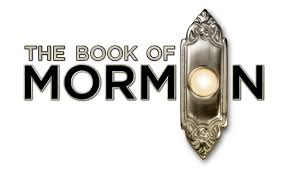 Now opening in London is The Book Of Mormon. The musical has started previewing at the Prince of Wales theatre in London and the official press opening night is scheduled for the 21st March 2013. Already tickets are selling fast and the show has virtually sold out of all performances until July, so book now to avoid disappointment. But you should be warned that the Tony-Award winning musical is not for the easily offended.

Seeing how much furore both Jesus Christ Superstar and Jerry Springer the Opera managed to stir up with religious groups it is perhaps surprising that The Book of Mormon as opened at the Prince of Wales theatre without so much as a murmur from Christian fanatics. Perhaps the Catholics are too busy celebrating the appointment of a new Pope to have noticed? Perhaps as a society we are becoming more tolerant? Perhaps we are less easily shocked? Perhaps we just don’t care? One thing is for certain is that the Mormons themselves have embraced the show on Broadway rather than protest against it. It appears that being extra nice to your detractors is their way of dealing with it. One I feel that Jesus himself would have supported.

The Book of Mormon is brought to the West End by the cult T.V. cartoon creators of  South Park. Trey Parker and Matt Stone’s potty-mouthed, nine time Tony Award winning musical, The Book of Mormon is about two naive Mormon missionaries in Africa and features Hitler engaged in oral sex with the Devil and the lyric ‘F*** you, God, in the mouth, ass and c***’, along with baby rape and female genital mutilation. Yet the only protests on Broadway were from people picketing the theatre over alleged sexism in the actual Book Of Mormon.

It appears that theatre has lost its power to shock, what would have dear old Sid Vicious have made of it all? God rest his soul.

Though, as in Art, plays or shows, those that are merely using gratuitous violence or offence simply to shock rarely work, and indeed there aren’t actually many examples of this genre that one can recall.

Whether a show is offensive or not is merely a subjective viewpoint just as whether something is funny or not, it is purely a matter of opinion.

Generally speaking judging by the critical reviews and the public acclaim most people are judging that The Book of Mormon the musical is indeed hilariously funny. This is supported by the huge demand for tickets people hardly purchase tickets to be offended they typically buy tickets to be entertained.

There are far easier and cheaper ways to get offended if that is one’s purpose.